Rent an LED Screen to Host Your Next Sporting Event 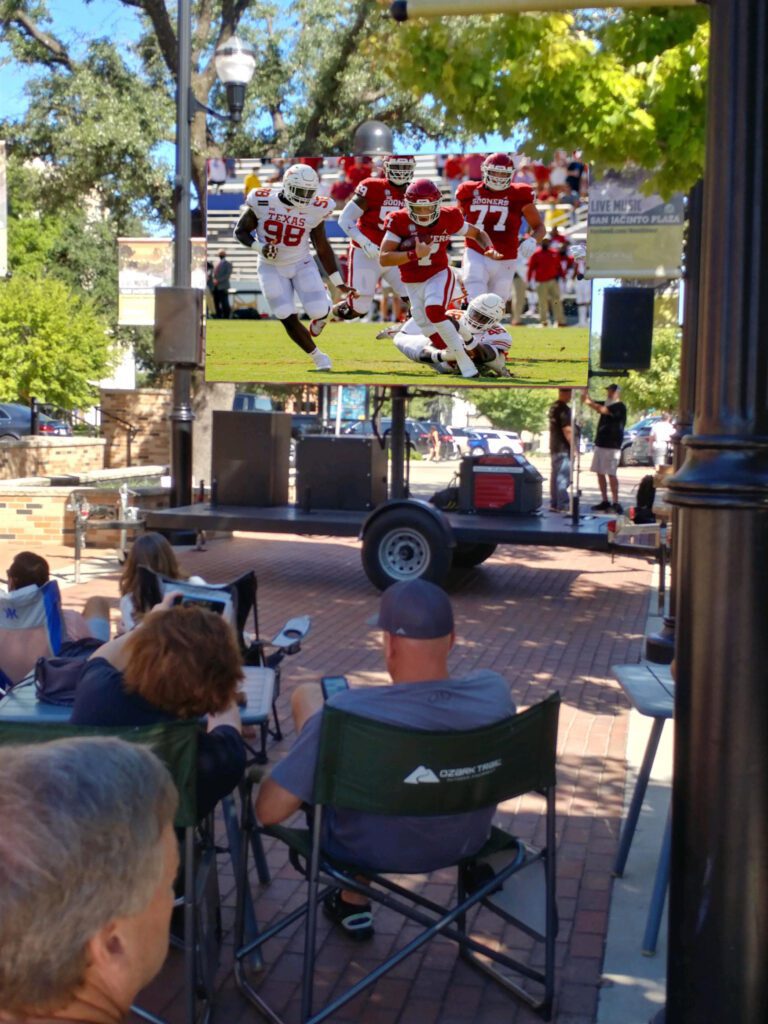 College football rivals University of Texas and University of Oklahoma met on the football field on October 9, 2021 for the 117th time since 1900. The Downtown Rockwall Association booked a 12 foot by 7 foot mobile LED display for a game watch party in San Jacinto Plaza. Spectators brought chairs, drinks, and snacks and enjoyed the game on the “big screen.” In addition to the big game, the association also promoted local businesses through sponsorship ads and promoted future events.

How did the game go? According to sportingnews.com, “…the sixth-ranked Sooners came up with the biggest comeback in the history of the Red River Showdown, overcoming a 28-7 first-half deficit to beat No. 21 Texas 55-48 on a 33-yard touchdown run by Kennedy Brooks with three seconds left. Moreover, Oklahoma benched its starting quarterback, Spencer Rattler, in favor of backup Caleb Williams, who scored three combined touchdowns in the come-from-behind victory to make it four in a row in this series for Oklahoma.”

We’re sorry it did not go your way, UT fans who came out to Rockwall! We do hope you enjoyed your game watch party though. The action was bigger and better on this screen.