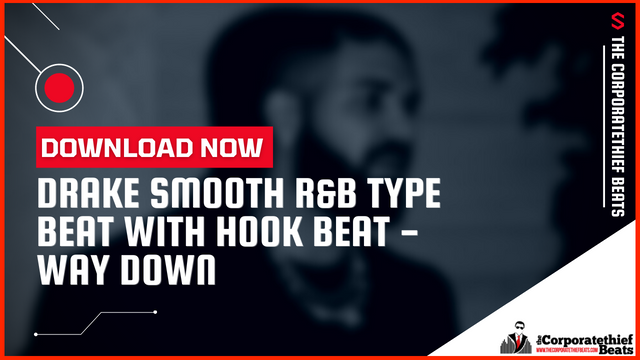 Hip Hop Music Licensing Company, The CoporateThief Beats, is giving musicians a kick-start in their careers by offering high-quality hip-hop beats. Founded by Daniel Hartnett, The CorporateThief Beats is focused on providing rap instrumentals for purchase as well as rap beats for mixtapes and albums. The company makes and sells hip hop beats to content creators, rap artists, singers and companies.

On The Corporatethief's Beat blog, readers can get a wide range of musical articles that give details on tools and tips helpful to musicians so they can get the best outcome from the promotion of their mixtape, album or single online. These articles focus on things like setting up a first email fan newsletter or how to set up an artist website.

Their most recent rap beat video, ‘Drake Type Beat With Hook 2021’, has already amassed more than ten thousand views since its recent release. With a growing number of followers and subscribers, there is no denying the fact that The Corporatethief Beats have developed a dedicated following of loyal fans who will be eager to hear their latest release.

Their new Drake Type Beat called Way Down Produced by The Cororporatethief Beats. Here speaking of his signature Drake Instrumental sound where he looped the beat for 10 mins rap artist could practice over the beat.The beat has a soulful piano which is synonymous with Drakes signature sound. The drum pattern is a bit more abstract compared to standard rnb type drums you might think would normally fit over a piano sound like this.

BEHIND THE MAKING OF THIS DRAKE TYPE INSTRUMETAL

The drums are more UK drill type drums, which complement that piano sample along with the quick movements of the bass line. Daniel added in various effects and vocal chops to create that lo-fi drake instrumental sound that rappers like to vibe to.

When speaking to Daniel {aka The Corporatethief Beats} He said.....

I also added a slowed-down vocal as the hook which makes it easier for any hip hop artist to rap over the verse and let the vocal hook carry the weight of the song.

The rap artist can get a proper freestyle vibe with this soulful piano sound.  The Key of this smooth rnb instrumental is Bm and the BMP is at 163. I built the complete beat around the lo-fi piano sound and the follow the same key for the additional elements.

I  am very influenced by Instrumentals featured on Drake's earlier albums like "Take Care", Nothing Was The Same and More Life. Drake's songs like Pound Cake, Paris Morton Music, Teenage Fever,  "Tuscan Leather" and "305 to My City" are some of my favourite Drake songs and Drake Instrumentals.

Daniel Hartnett started out his professional music production at Galway Technical Institute where he studied live sound engineering and music production. From there, he got his first taste of Logic Pro X which he now uses for 95% of the hip hop beats he produce. After that, Daniel continued my music production education at The Academy of Sound Dublin where he graduated with Higher Diploma in Music Production and Sound Engineering.

The Corporatethief Beats website was started in 2010 where the music producer showcases his beats and his music marketing advice.

My inspiration comes from the amazing producers behind the instrumentals that drake raps over. Music producers like Noah 40 Shabibb, Boi 1da, T - Minus, Kane Beats, Metro Boomin and Just Blaze.

My aim is not to emulate these instrumentals, but to use them as inspiration. Like if I was a music producer right their in that studio with Drake and his team producing my own beat inspired by the OVO movement.

Many up and coming hip hop artist like that sound and need beats, which have similarities but with my own take and twist with.We have tons of rap beats for sale here on The Corporatethief Beats website.

Drake has some of the best music producers and beat maker in the music industry. Music producers like Noah 40 Shabibb, Boi1da, T-Minus, Metro Boomin and Frank Dukes.

Drake's signature sound changes based on the genre of hip hop in which he raps over. Over at The Corporatethief Beats they have 200+ different genres of rap instrumentals similar to Drake. He has produced many Trap / type beats, Hard rap beats, RnB abstract beats, and story telling instrumentals.

From the well balanced production to the impressive instrumentation, fans of The Corporatethief Beats, as well as those who are looking for top level beats, will definitely want to check out this release. Use the links below to find his contact details if you would like to reach out to him about production for your next project.