As fans undoubtedly know at this point, Gigi Hadid and Zayn Malik are new parents, which means that this was their first Christmas with their baby! To celebrate the special holiday as a family, the supermodel went to their platform to share some adorable pictures of the former One Direction member holding his daughter in his arms!

Unfortunately for her followers who were waiting to meet their child, the child’s face was still not visible in the snapshots, but that doesn’t mean they weren’t adorable anyway!

The young couple welcomed their first child back in September and, according to some previous reports, have been successful in caring for them together.

The snaps that found their way onto social media show the baby rocking a beige Gucci romper paired with knitted boots that look like Jordan sneakers.

In addition to the snapshot, Gigi also contained some festive emojis.

The second picture showed the baby lying down. 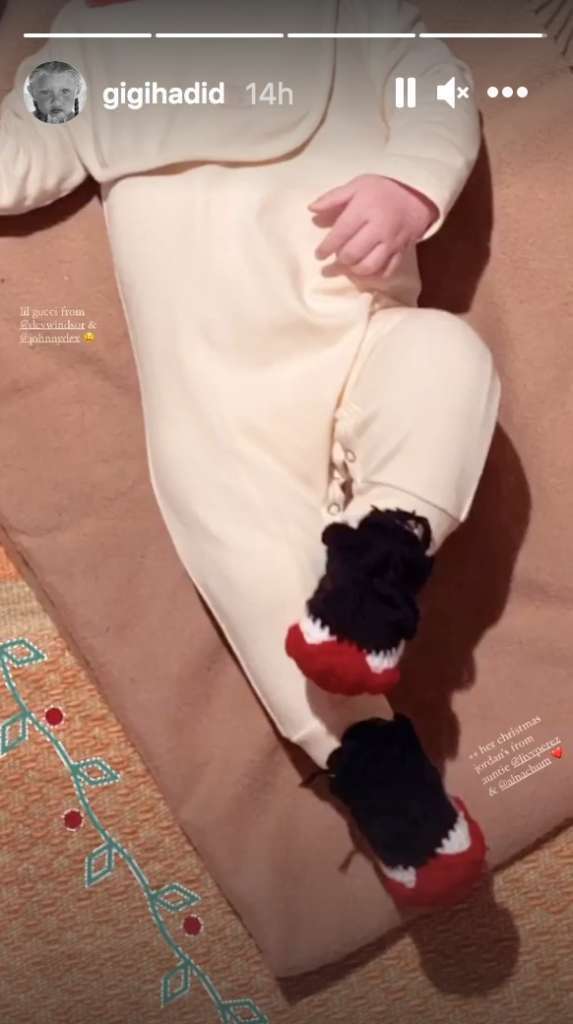 At this point, the famous couple has yet to reveal their daughter’s face and name!

Instead, they only provided insights into the child through posts on their social platforms.

Earlier this month, Gigi even went for a walk with her daughter so the boy could enjoy her first snow!

An eyewitness told ET that she went to her sister, Bella Hadid’s apartment, and that although a small crowd gathered around her, Gigi was not affected.

“She didn’t seem like a nervous young mother at all! She navigated the crowds and bumpy cobblestones and subway vents like a pro, ”they said.

Gigi later published a picture of herself pushing the stroller and labeled it: “Her first snow”.

KUWK: Khloe’s astrologer tells everything about the future of Baby True! »

GUMMiBEAR lets you dance “until they turn us…